By HYDJuly 18, 2022Uncategorized
No Comments

Home » Fed Governor Waller Expects A 0.75 Percentage Point Hike But Is Open To A Larger Increase

At the central bank’s meeting later this month, Governor Christopher Waller said he is willing to consider what would be the most aggressive interest rate hike in decades. It is expected that Waller will support a 75 basis point hike at the meeting on July 26-27. However, he will be monitoring data and remaining open-minded regarding what the Fed should do to control inflation, which has been running at its fastest pace since 1981. The rate-setting Federal Open Market Committee approved a 75 basis point move in June, the largest one-month increase since 1994.

“I support another 75-basis point increase” at the next FOMC meeting, Waller said in remarks at an event in Victor, Idaho. “However, my base case for July depends on incoming data,” he added. “We have important data releases on retail sales and housing coming in before the July meeting. If that data comes in materially stronger than expected, it would make me lean towards a larger hike at the July meeting to the extent it shows demand is not slowing down fast enough to get inflation down.” Worries are mounting that the U.S. is headed for or already in a recession, but Waller said the strength of the jobs market has him “feeling fairly confident that the U.S. economy did not enter a recession in the first half of 2022 and that the economic expansion will continue.” Even with the Fed tightening, he said he thinks the economy can achieve a “soft landing” that won’t include a recession. U.S. GDP contracted 1.6% in the first quarter, and the Atlanta Fed’s GDPNow tracker indicates a 1.2% decline in Q2, meeting the rule-of-thumb definition of a recession.

Nasdaq Rises For A Fifth Consecutive Day Following A Strong Employment Report, Capping Off A Successful Week On Wall Street

Nasdaq Rises For A Fifth Consecutive Day Following A Strong Employment Report, Capping Off A Successful Week On Wall Street 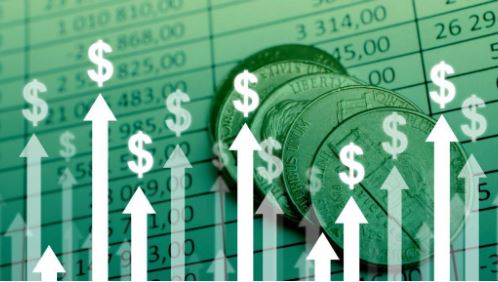